Local cricketers get leg up from recruitment firm

Local cricketers get leg up from recruitment firm

Plans for developing the facilities and infrastructure at leading Midlands cricket club have been given a huge boost thanks to a new sponsorship deal with a Warwickshire-based recruitment specialist. 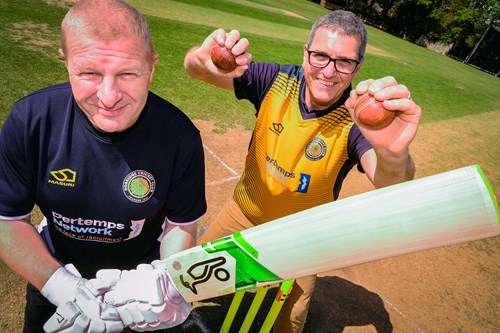 Pertemps Network Group, which has its headquarters in Meriden, is injecting cash into Dorridge Cricket Club that will help to support the club's expansion plans of attracting and developing players, improving its existing grounds and creating new playing facilities.

The club fields teams in the Birmingham & District Premier, Warwickshire County Cricket and the West Midlands Women’s Cricket Leagues and is proud of its thriving junior coaching system - with 28 junior (girls and boys) sides playing in the Warwickshire Cricket Board Youth Cricket Leagues.

The two organisations have had a winning partnership for several years, but the renewed deal will see them working even more closely together.

Phil Smith, Chair of the club, based at the John Woolman Ground, in Grange Road, Dorridge, said:  “Dorridge Cricket Club will be 100 years old in 2028. It’s a club that has lots to celebrate and is well placed to achieve even more.“We have ambitious plans to deliver a first-class cricket experience for every member and at every level of the game and are delighted that Pertemps are supporting us on our journey."Tim Jones, Pertemps Head of Marketing and Sponsorship, said: “We are delighted to be continuing our association with the club.“It is an exciting time for them, with a potential ground expansion and lots of events going on so it is great to be involved with them again.”