With International Women’s Day here again, I thought I’d reflect on some achievements women have made over the past 100 years.

International Women’s Day, on 8th March, is a global day to celebrate the social, economic, cultural and political achievements of women around the world. It also marks a call to action for accelerating gender parity.

2018 marks 100 years since women were given the right to vote. Yes, it may have only been for those over 30 who owned property or were graduates, but this was a huge breakthrough at the time. Years of groundwork and protest had gone into this achievement; the suffrage campaign for the right to vote was a long one, taking 52 years from 1866 to 1918, as attitudes toward women had to completely change. One victory led to another and a year later the first female MP was elected.

Since then, attitudes have continued to shift. The Matrimonial Causes Act came into effect, meaning women could appeal for divorce on the sole basis of adultery. Previously, only men could make this claim.

Women became more prevalent in politics and in the law courts; Dame Elizabeth Lane was appointed first female judge in the County Court and went on to be the first woman to make High Court judge. 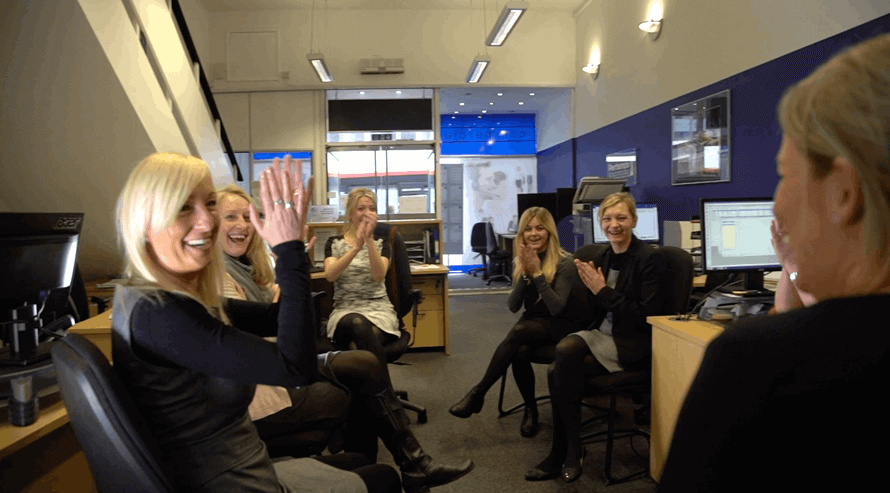 A team meeting at one of our branches

The Sex Discrimination Act came into force which made it illegal for a company to employ or promote a male worker with fewer qualifications or less experience than a female worker. It also prevented companies from demoting employees upon their return from paternity or maternity leave and punished companies for not offering women employment based on the nature of the work being ‘inappropriate’ e.g. physical.

More and more breakthroughs have occurred right up until this very day. There are more women in leadership roles and greater equality in legislative rights.

However, unfortunately many women are still not paid as much as their male counterparts, women are not as present in business or politics compared to men and attitudes toward women around the world still need to change.

Here at Pertemps, our board is split 50/50 between men and women where we all have the same opportunities. I have faced challenges throughout my journey to Chairwoman, but I am proud and honoured to be where I am today and I implore others not to be phased by difficulties they come across in working life and strive for success!

Here’s to many more years of inspirational women breaking barriers and working toward a more equal society. The only way is up from here.

Keen to know more about working for Pertemps? Have a read of our working for us on our about page!