Is The Apprenticeship Levy Working? | www.pertemps.co.uk

Is the Apprenticeship Levy working?

Introduced in April 2017, the Apprenticeship Levy intends to tackle skills shortages and increase the number of people taking part in apprenticeships. 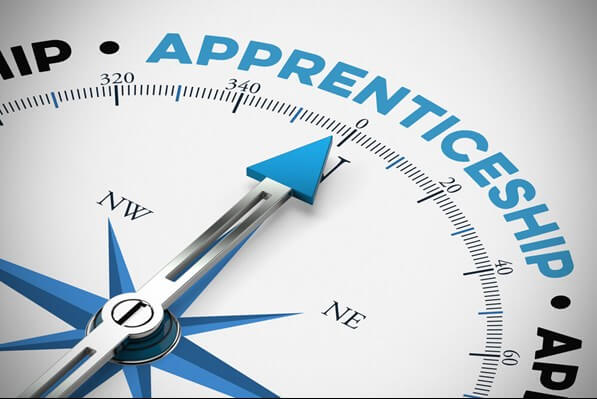 Apprenticeships bring together workplace training with academic schooling. Ambitious, determined, enthusiastic people are successful every year through apprenticeship training in virtually every sector you can think of.

The levy works by making employers with a pay bill of more than £3million per year set aside 0.5% of their payroll for training. The main aim is to increase the number of apprenticeships on offer in the UK to create talented workers with the skills so desperately needed in this country.

It all sounds like a great idea, but fast-forward nearly two years later and the levy is facing criticism. The amount of people starting apprenticeships has dropped instead of the desired increase. The number of new starts has fallen by a quarter this year.

I discovered that research by the Open University found that two out of five employers want significant changes to the levy. The government target of hitting three million new apprenticeships by 2020 seems to be a distant dream.

In my experience, businesses are, frankly, finding it hard to get their heads around the levy. Without meaning to, it has actually put some organisations off hiring apprentices. I read a report using data obtained under the Freedom of Information Act by the City & Guilds Group that says of the £2.01bn budget the DfE received from the Treasury in 2017/2018, only £268million was spent by levy-paying employers on apprentices. Remaining funds were spent on pre-levy training, apprentices for non-levy paying employers and maintaining the levy programme.

This is worrying as it shows a significant underspend. It proves the budget has not been available for businesses to spend as they choose even though that was the main reason for introducing the levy.

I’ve heard that my friends at the Institute of Directors are also having issues with the levy and have called for reform. They found that just 14% of employers who pay the levy think it is fit for purpose. Only around a third understand the system properly, and 14% view the levy as only a tax.

Although the intentions of the apprenticeship levy are good, there are currently too many problems. Skills gaps are one of the biggest difficulties we face in recruitment and the levy was supposed to improve the situation, not confuse it.

A few suggested solutions are to review incentives to boost training in parts of the country where there are specific shortages, such as in engineering or technology. Others have proposed allowing employers and trainers to negotiate their own payment schedules.

The government has rolled out some reforms which will start from April. Large employers will be able to invest up to 25% of their levy funds to support apprentices in their supply chain. Small businesses spend on apprenticeships will be halved to 5%, with the government paying the remaining 95%.

These reforms are a decent start. However, the government needs to increase flexibility and provide more transparency around the apprenticeship system so businesses can truly reap the rewards it was always supposed to deliver.  With some tweaks, hopefully the levy can work, and finally make an improvement on the skills shortage problem the UK is facing.

To read more of my thoughts, go to https://www.pertemps.co.uk/employers/resource-centre/carmens-thoughts/