Robots As Recruiters: The Future? | www.pertemps.co.uk

Robots as recruiters: the future?

Technology has progressed at a rapid rate in the past 20 years. Machines seem to be getting cleverer by the day and many fear they could soon outperform humans. So, will they ever replace us completely? And what does this mean for recruiters?

Back in 2017 I remember seeing Chancellor Philip Hammond announce in the Autumn Budget that the government were putting a £500m investment into tech initiatives, including development of artificial intelligence, and I wondered what this meant for the future in the jobs market. 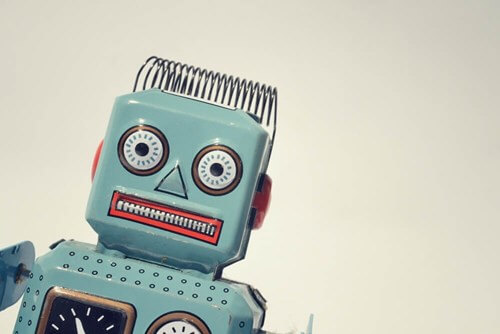 Already, we are seeing machines replacing cashiers in supermarkets and people using smart phones to pay for transactions. Technology is progressing at a fast rate and people seem to be living in the virtual world more and more lately. So, what’s next?

Up to 800m global workers will lose their jobs by 2030 and be replaced by robotic automation, a McKinsey Global Institute report has predicted.

The rise of new technology can bring new opportunity, as innovative jobs that previously did not exist will be created. This is similar to when computers were introduced in the 1980s, which led to technology and IT roles as well as online business becoming popular.

John Hawksworth, chief economist at PwC, told the BBC that “more manual, routine jobs” which “can effectively be programmed” were the most at risk, adding, that “jobs where you’ve got more of a human touch, like health and education” would be less affected.

So where does this leave recruitment? In my opinion, I feel recruiters offer such a personable service that it would be impossible to be replaced by a robot.

Recruitment is all about building connections with people, talking to clients and getting to know candidates from all walks of life, building trust and friendships. The human element in this industry is central and one that couldn’t be replicated by artificial intelligence.

I think it’s positive that technology is progressing and new and amazing breakthroughs are being made constantly. However, for me, there is only so much a robot could offer in the workplace, particularly in recruitment.

At Pertemps we use a plethora of technological solutions already, which includes state of the art ‘job-matching’ features, including AI. Whilst this helps with the speed of contacting our clients and candidates, it is still the emotional aspects of understanding needs and aspirations that result in the final success. Nevertheless, these new innovations present an exciting opportunity for us all!